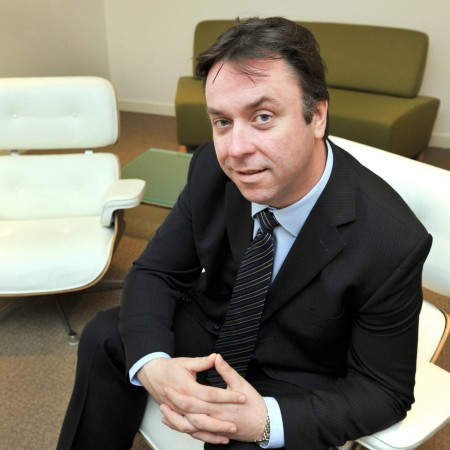 Tablet PC with cloud of application icons flying arroundEmbrace Mobile………….. You really have to. And that’s not just us saying it. Every piece of research screams mobile and business organisations are taking new products and services to market with a ‘mobile first’ mentality.

Take Three’s recent report on the use of smartphones in the business community. Over half of respondents said their smartphone is the single most important piece of technology allowing them to do their job. And a whopping 70 per cent of business people use smartphones every day. 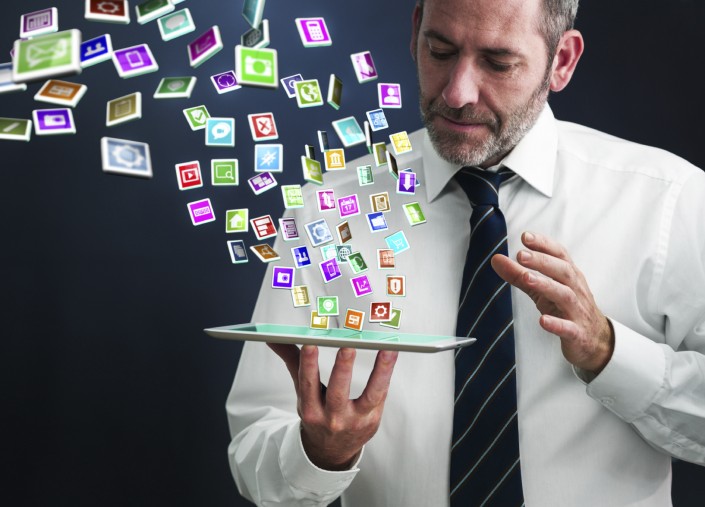 It’s never been more important to develop a mobility strategy for your business. By failing to create one and preventing staff from using their own smartphone or tablets for work-related processes, you’re missing out on all the benefits that a mobile workforce brings; increased productivity, better efficiency and the opportunity to generate deeper engagement with your customers.

MJ Flood Technology has a dedicated Mobile Device Management (MDM) managed services department, dedicated to planning, implementation and ongoing support and management of mobile devices in the enterprise. We also assist organisations in devising mobility strategy and developing usage policy and processes around smart device usage in the workplace. 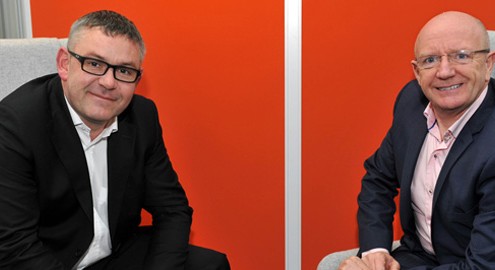 Dublin, Ireland, 27th January 2015: Leading IT and cloud services provider, MJ Flood Technology today announced that it will generate an additional €4.5 million in revenue and 20 jobs as a result of Microsoft Office 365 business across Europe.

Thanks to partnerships with Telefónica in the UK and Germany, as well as existing business at home and abroad, the company is now supporting over 75,000 active Microsoft Office 365 business users across Europe making it the most successful Microsoft partner here.

The milestone has been reached after the recent deal signed with Telefonica Germany, which sees MJ Flood Technology providing Microsoft Office 365 syndication services in the form of IT consultancy, license activation and technical support to the Spanish telecoms giant and its customers.

MJ Flood Technology has already added 20 staff to its Office 365 Centre of Excellence in recent months and predicts further headcount growth of 20 over the next year. The increasing adoption of cloud-based software applications by businesses throughout Europe is fuelling this upward trend.

“As a long-standing Microsoft Gold partner, we have built up significant in-house expertise and best practices, around the Office 365 suite and other cloud-based IT services. Microsoft syndication partners such as Telefónica have responded positively by placing their trust and confidence in us to support their Office 365 sales and support efforts and help them to deliver a superior customer experience,” he said.

The latest deal with Telefónica Germany will support the launch of Office 365 to the German business market. MJ Flood Technology were chosen due to their strong track record of delivery, securing higher than average Office 365 activation rates, compared to the rest of Europe.

Simon Lee-Smith, director of Digital SMB at Telefónica said: “With MJ Flood Technology’s best practice approach to activation and support as well as their deep understanding of the products and platforms that Telefónica is deploying as part of its Digital SMB offer, we have been able to efficiently accelerate our time to market for Office 365. This has allowed us to ultimately increase adoption levels among our customer base and maximise revenues.”

MJ Flood Technology has also worked closely with Telefónica UK to support the launch of Office 365 into its market, particularly where Office 365 has been integrated as part of its package of solutions for small and medium sized businesses. The organisation has achieved significant success with sales and seat activation rates that are well on track.

Brian Murphy, director of cloud services with MJ Flood Technology is bullish about the future of Office 365.

“The export of cloud services has been a significant source of revenue for us over the last 18 months and our centre of excellence for Office 365 sales, activation and support, in operation since mid- 2011, has been hailed by Microsoft globally as best-in-class,” he said.

“We believe there are significant opportunities to work with global ISPs and pan-European telecoms services providers, who are hoping to change their business model by combining application bundling with traditional fixed line or mobile services. By tapping into our expertise, they can generate significant revenue uplift through the sale of additional ICT services.” 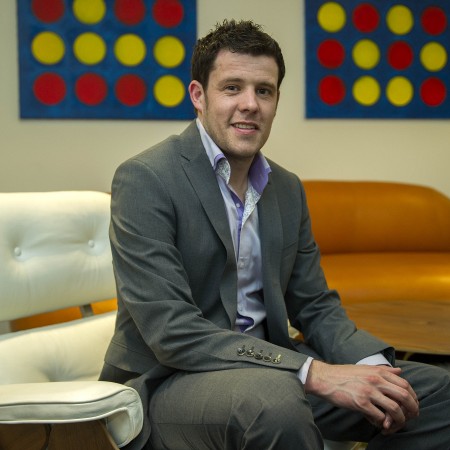 I had the privilege of being invited to Microsoft in December to a preview of Windows 10. The name itself made me think “but what happened to Windows 9?” which was a question asked by another delegate before I had the chance.

The presenter sidestepped the question in a diplomatic way – perhaps not unexpectedly.

There is a lot of noise out there about what happened Windows 9 and why the leap straight to Windows 10, but it doesn’t really matter. Microsoft can call it what they like, because I think that they have really cracked it this time.

Now I know those of you who have seen my previous blogs will think I’m a Microsoft “fan boy” (I’m grinning here as I write this on my Surface Pro) but I’m not. I simply acknowledge that when it comes practical, robust business solutions, Microsoft is the leader in this space.

I have used Windows 8 and 8.1 and have liked them both. But Windows 10 really excites me. It does for me exactly what Windows 8/8.1 should have done, which some would say is very unlike Microsoft in that they have listened to their clients and taken that feedback on board.

On that note, Microsoft should be praised for their current beta programme of Windows 10, the largest of its type. They have invited hundreds of thousands of people to download and try the beta of 10, but more importantly those users are encouraged to make suggestions. Some of those I have read so far, are being integrated into updates to the systems build.

Why the fuss about Windows 10?

This is a big change in Microsoft desktop strategy which used to be, “here it is now use it”. More interesting perhaps is that Windows 10 may be the last significant OS release, with Microsoft looking more likely to adopt the Apple approach of OS updates, with added features and benefits. This has yet to be confirmed but the fact that Windows 10 will become the core OS for all platforms from Microsoft is looking likely.

This approach would closely align their desktop and cloud strategies, where development of applications is taking a ‘cloud first’ approach, with central deployment and management. Office 365 subscriptions are an intrinsic part of that so why not the OS too?

Some key questions arise in this context. Will they charge for the updates? Will Intune manage the delivery to every device connected to it? Who knows but it’s an interesting space to watch.

One welcome change I have seen is that apps from the start menu or screen (or as it was originally called the Metro) will now be able to live in a desktop Windows. This wasn’t possible in 8 or 8.1. Some of those apps like Adobe Reader are very useful and this change will allow them to reclaim their spot in the desktop.

Another major change will the return of the start menu. There are of course various ways of getting back to Windows 8 and 8.1 but Start is back due to popular demand. But for those of you who liked the tiles, well they will be in there too, all of your favourite ones. Check out the screenshots in this post. 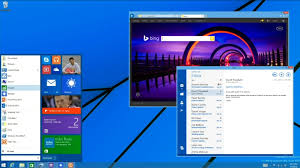 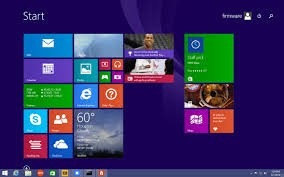 It was in the enterprise that major issues were had with the look and feel of the tiles. In recognition of that, Microsoft have now built windows 10 with the ability to configure it to boot straight to desktop.

In the apps space, Microsoft are going to introduce the ability for companies to have corporate specific app stores. A step that third party devices require MDM platforms to manage or deliver for them.

From a security point of view, the requirement for a windows Live ID will be optional, an AD account will be sufficient. Another plus for business users and management teams is the system will also support biometric passwords, two factor authentication, smart card reader and the ability to keep your personal and business life on one device but in very separate silos.

The Microsoft cloud story is growing in strength day by day – Office365, Azure and Intune are all on the radar of businesses large and small for 2015. But as I have always said, a unified platform of devices to communicate with cloud services would make Microsoft a very formidable force in the tablet and smart device market once more. And with Windows 10 I think they’ve done it.

I hope that they get their story straight and messaging right when they come to market, because from where I’m standing it is shaping up very nicely. If they execute well on their desktop strategy, they could begin to halt their erosion of market share and rebuild their dominant market position of the past. 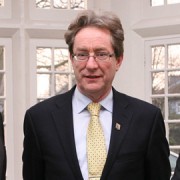 Under the terms of the contract, MJ Flood Technology will perform a full compute, server and storage refresh at NUI Galway’s primary data centre with automatic failover to a secondary on-campus facility for resilient redundancy.

The new infrastructure will support teaching, multimedia learning and research for the university’s 17,000 students and 2,400 staff.

Based on a combination of HP server and storage technology, the refresh essentially creates a hybrid cloud environment for IT service delivery. A number of critical applications will be moved to the data centre and HP’s next generation 3PAR StoreServ hardware will provide critical, redundant storage capacity for the university’s demanding research and enterprise communities.

A robust service level agreement (SLA) for IT monitoring and support will be delivered by technical staff at MJ Flood Technology’s network operations centre through a three-year managed services contract.

“This project is about bringing IT service delivery to a level which will support the university’s ambitions in terms of collaborative teaching, learning and research for the next three to five years, enabling us to exploit cloud integration, leverage our existing data centre capacity and position us for future growth. The investment provides us with a single, unified, managed IT infrastructure with 24 x 7 x 365 high availability and pro-active support.”

The design philosophy behind the refresh is based on principles of scalability and agility as James Finglas, managing director with MJ Flood Technology explains:

“We designed the infrastructure to meet NUIG’s current needs and to provide sufficient scalability to allow it to grow and develop in line with academic requirements. For example, the university estimates data growth at approx. 50TB per annum over the next three to five years, and we’ve built corresponding, flexible storage capacity, which will address the institution’s plans for multimedia learning and digital archiving well into the future.”

Mr O’Farrell cites Big Data as one of the major IT challenges facing the University.

“Researchers need to be able to spin up massive data sets at very short notice and without the need for complex local technology. Our new infrastructure will allow the University protect data assets that are currently stored across the campus, ensuring key data sets are backed up and secure. We need to be able to provide infrastructure/storage on demand and this project will enable the department respond effectively to such requests.”

The contract was awarded to MJ Flood Technology following a competitive tender process. It follows the completion of another cloud project, when the company’s technical team assisted in the migration of 55,000 student and alumni email accounts from an on premise system to Microsoft’s cloud-based Office 365 email and collaboration platform.

“We are particularly impressed by the strong feature set of HP’s next generation server and storage infrastructure and we believe our managed services contract will allow ISS staff to engage in a more strategic way with the various communities on campus.”